Born and raised in Atlanta, Christian Clark began his dance training at the age of eight under the direction of Robert Barnett. Clark is a co-founder and dancer in Atlanta dance company, Terminus Modern Ballet Theatre. His dance career has spanned fifteen years, working as a principal artist with the Atlanta Ballet, Royal Winnipeg Ballet, and various other companies. Clark has performed leading roles in iconic ballets like Swan Lake, Giselle, Romeo et Juliette, and Dracula to name a few. He has danced works by world renowned choreographers such as Twyla Tharp, Ohad Naharin, Alex Eckman, Liam Scarlett, Yuri Possokhov, Jorma Elo, Stanton Welch, Wayne MacGregor, and Jiri Kylian. In 2013 Clark starred in the film adaptation of Moulin Rouge the ballet led by Jorden Morris and Grammy and Emmy-winning directors Pierre and Franois Lamoureux. Along with dancing, he has shared his knowledge of dance with many schools around the country. Clark has been a guest instructor at the Greater Atlanta Christian School, Agnes Scott College, and Kennesaw State University, as well as a co-director of Atlanta Ballet’s professional summer intensive. 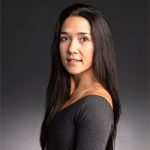 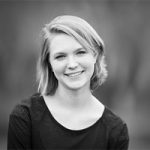