Indiana Woodward was born in Paris, France and began her dance training at the age of ten at the Yuri Grigoriev School of Ballet in Venice, California. Ms. Woodward began studying at the School of American Ballet (SAB), the official school of New York City Ballet, during the 2010 summer course and enrolled as a full-time student that fall. In August 2012, she became an apprentice with NYCB and joined the Company as a member of the corps de ballet in December 2012. Ms. Woodward was promoted to soloist in February 2017. Ms. Woodward is a recipient of the 2016 Lincoln Center Emerging Artist Award and 2016 Clive Barnes Foundation Award. In 2010, she won first place in the Bolshoi Ballet Academy Summer Intensive in New York City and was invited to perform at the Bolshoi Ballet Academy gala in Moscow. 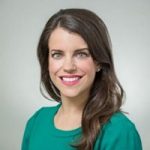 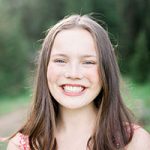