Robin Otey is a faculty member of the Academy. Originally from the Washington, DC area, Ms. Otey began her intensive training at the prestigious Maryland Youth Ballet under the direction of Tensia Fonseca and Michelle Lees.  After moving to Houston, TX to complete her training at the Houston Ballet Academy, she began dancing professionally with the Houston Ballet in corps de ballet roles in La Bayadere, Swan Lake, The Snow Maiden, Manon, and The Sleeping Beauty. While with Houston Ballet she had the privilege of performing with such stars as Carlos Acosta, Angel Corella, and Nina Ananiashvili.

She later danced with Ballet Memphis performing numerous soloist and principal roles including: the Peasant Pas de Quatre in Giselle, Clara and the Snow Queen in The Nutcracker, and Lead Swan in Swan Lake. While touring to New York City, she received praise from the New York Times for her contemporary roles in Mark Godden’s Angels in the Architecture and Trey McIntyre’s Second Before the Ground.

Ms. Otey’s passion for teaching began in her late teens with the opportunity to assist teachers in Houston Ballet’s Academy. That passion then grew as she matured as a professional, learning new ways of moving that she wished she had learned as a student.  Convinced it was possible to teach students this artistry and movement quality along with their technique, she began teaching in the Ballet Memphis School while still dancing as a professional. After marrying and moving to St. Louis in 2002, she taught at the St. Louis Ballet School (where she also guest starred as the Sugar Plum Fairy in St. Louis Ballet’s Nutcracker).  Since, she has taught beginning through advanced levels at DaySpring School of the Arts in St. Louis and Main Street Dance Theatre in Bozeman. 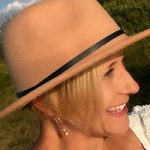