Mr. Stern is the Music Director for Montana Ballet Company. He does freelance work as a jazz, classical, and rock pianist, both live and on CD recordings. He has performed at various venues, ranging from music festivals to private house concerts, as well as on cruise ships in Antarctica and traveling up the Amazon River.

Upon graduating with his Master’s Degree in Music Education from The University of Music, Drama and Media Hannover, Mr. Stern taught piano lessons at a music school in Germany. In Bozeman, he teaches lessons to private students and continues performing and doing freelance work.

Locally, he founded and leads the band “Lester Rocks”. He has been featured twice on Eric Funk’s Emmy Award-winning show, “11th and Grant” – in the Spring of 2013 as a solo classical pianist and in the Fall of 2013 with the band “Tumbledown House.” Additionally, Mr. Stern has played with the Bozeman Symphony, the Glenn Johnston Swing Band, the Bridger Mountain Big Band, Jeni Flemming, and Montana Ballet Company, among others.

Mr. Stern moved to Montana in 2006, where he lives with his wife and two daughters. He is happy to work with MBC this Season. 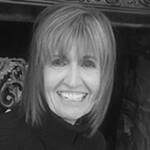 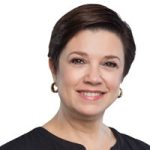